Thinking of buying a home in the sun? Look to Spain for bargain properties as housing crisis comes to an end say experts

Prices of homes on the Mediterranean coast rose 0.2 per cent in March

After what seems an eternity, it’s over. No, I’m not referring to the General Election, but the long-running Spanish housing crash.

‘After seven years of consecutive declines we’re starting to see signs that Spanish house prices have bottomed out, and even started to rise in some segments,’ says Mark Stucklin, the Barcelona-based British editor of Spanish Property Insight, a website for buyers.

Tinsa, a Spanish valuation service, says prices of homes on the Mediterranean coast rose 0.2 per cent in March – the first increase since January 2008, since when average values across that region have fallen by an extraordinary 48 per cent. 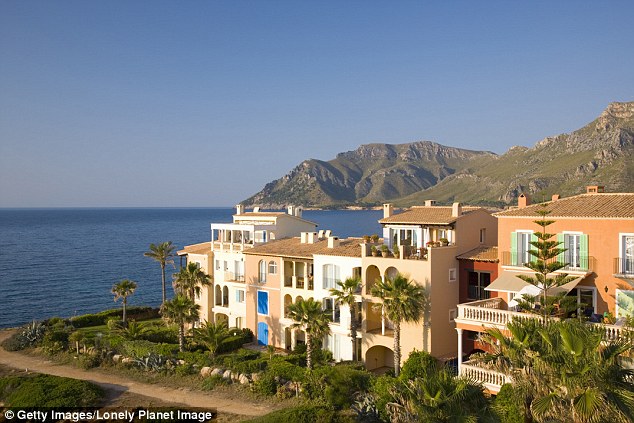 Sunny forecast: The Spanish economy is picking up so consider investing in an apartment such as these on the Mallorcan coast

That’s not all. Spanish house building is finally under control, with planning applications for new homes just 4 per cent of the level in the boom days of 2006.

Spanish banks, which once had a million repossessed homes, now have a reasonable 120,000. All that is translating into buyers returning to find a dream home in the sun.

There are bargains galore. Zoopla is advertising a four-bedroom townhouse in Almeria for £19,200. A two-bedroom apartment in an Alicante city block, complete with communal rooftop pool, can be yours for £25,100.

Even the high-end estate agents such as Savills and Chestertons are now selling new flats on the Costa Blanca for well under £120,000 each.

Agents say most British buyers are particularly attracted to the Costa del Sol thanks to 20 flights daily from the UK to Malaga. 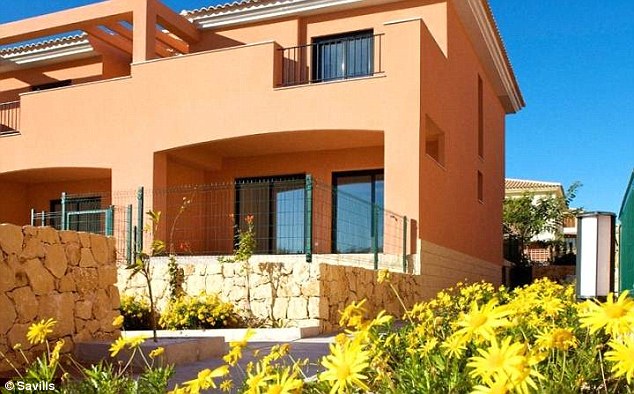 Coastal properties in established resorts and developments are selling for just £40,000, while high-end purchasers look at the cities – especially Valencia and Barcelona – and favourites like Mallorca and Menorca.

And experts are confident this upturn will last, with some buyers making commitments not just for get-rich-quick new-build schemes, but serious restoration work.

‘In prime areas, we see a substantial increase in older homes bought for refurbishment or total renovation,’ says Michael Corry-Reid of Aylesford International, an agency with offices in Spain.

But be careful if you need a loan to buy your villa, flat or finca. The Spanish mortgage system is stricter than the UK’s and particularly hard on self-employed borrowers.

‘An option may be to extend the mortgage against your UK property and use the money to buy in Spain,’ says Miranda John, international manager at broker SPF Private Clients.

As always in Spain, care must be taken over tax and legal issues. Agents advise buyers to use only experienced lawyers and not to sign documents in a language they do not understand.

Allow 10 per cent of the purchase cost for property tax, notary and land registry bills and the cost of switching on utilities. On new-build homes, you may have to pay VAT, too.

But the holiday home dream could be back.